Unfortunately, the English were eliminated today despite Wayne Rooney doing the seemingly impossible for himself: scoring a goal in the World Cup. But with the pollen counts high, I knew we would have some nice nosepicks. Gary Cahill seemed determined to carry the weight for the English side, getting a couple of nosepicks in there. Showing a diversity in his game, he first goes with the clamp. Whether he got both nostrils or just the right was not determinable by the replay. He then went with the sideswipe on the left nostril much later in the game when England was looking for the draw. 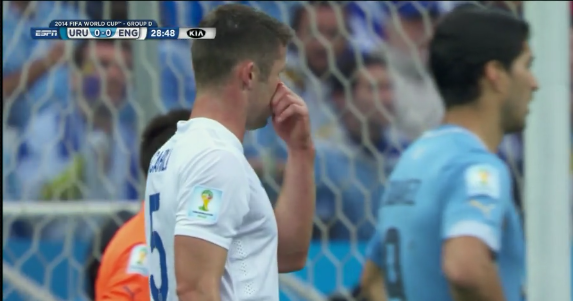 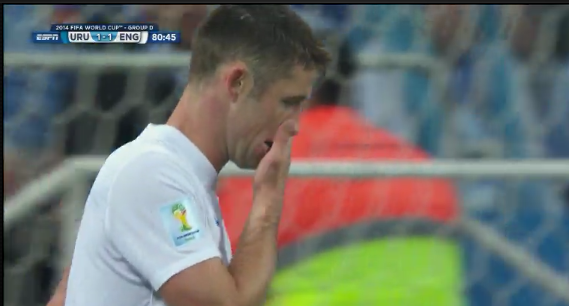 Unfortunately for Cahill and the English team, there was no matching the magic of Suarez today. After scoring the game-winning goal due to the charitable defense of England, Suarez settled down for the last 5 minutes of stoppage time and did the prayer nosepick. I like the particular nosepick because it asks for the gods' help, but it also has the ability for an offering. We get a bonus clamp by Abel Hernandez in the background for the camaraderie with Suarez's prayer. The sychronized nosepick is a sign of true team chemistry. I'm going to go out on a limb and say Uruguay is looking like the nosepick favorites of this year's World Cup. 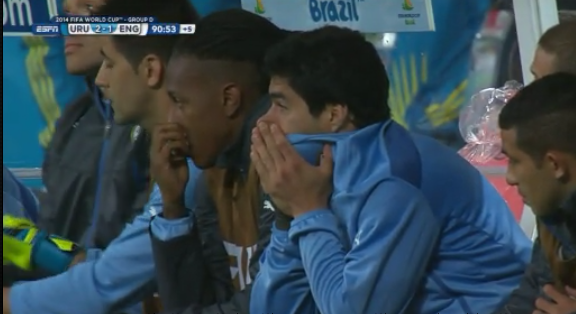 Immediately following the prayer, Suarez digs in with the T-shirt nosepick. Suarez shows his professionalism by picking his nose here without even making bare contact with his nose. Watching the replay I was impressed with how deep he got with the material in the way. The shirts that athletes wear these days are impossibly lightweight and flexible, so I really shouldn't be surprised, but the way Suarez used the shirt shows me there is so much more to explore in terms of T-shirt nosepick besides the generic swipe.

EDIT: How did I miss this one??!! Here we have an English bench player getting the game started strongly with a pointer finger nosepick. Respectable composure and depth with the pointer finger, so I give him props for the decent nasal penetration and disregard of etiquette. The problem is that it just matches the English game: Fundamentally sound but lacks the pizzazz. He's almost bored with such a nosepick, as if he's happy just to be there and that's how you get eliminated. I want to see some flair, that's how you get the golasos. 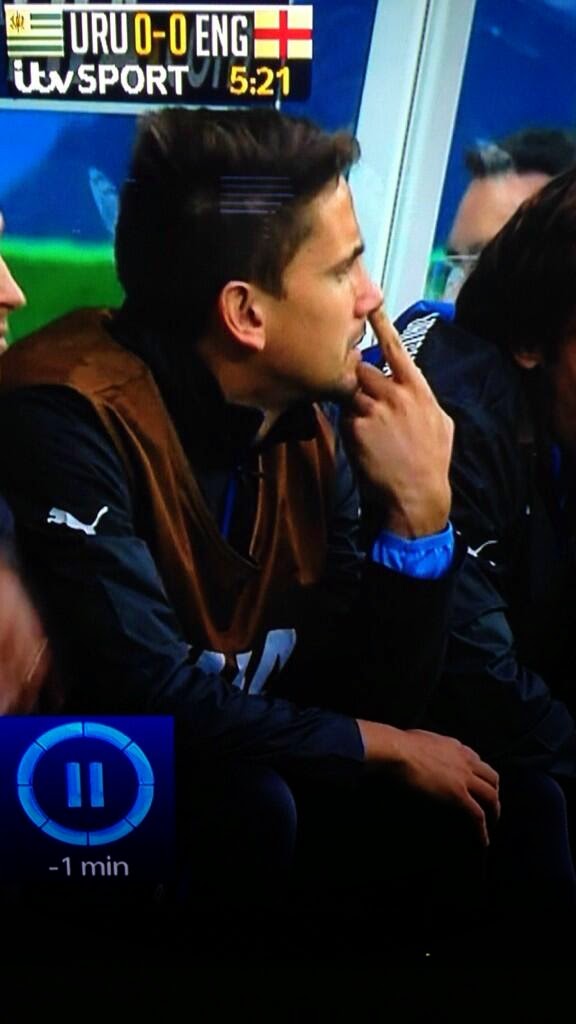 Thank you Holly for the nosepick I missed.
Posted by Ely at 7:04 PM