LeBron picking his nose during his DUNK over Jason Terry 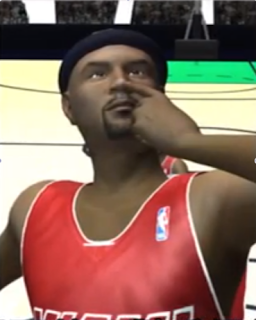 NMAtv, the geniuses behind the animation recapping NBA news, released evidence of this LeBron nosepick last night that I seemed to miss. I watched the game and apparently this happened during the posterization of Jason Terry. I watched the replay a hundred times and I never caught on to this glory. NMAtv is clearly sharper than me. They managed to capture this LeBron nosepick middunk. LeBron has been playing out of his mind this year, clearly establishing himself as the best player in the NBA. Not content to just win a Gold Medal, NBA Championship, MVP, Finals MVP, and the second longest winning streak ever, LeBron decided to establish himself as the best nosepicker in the NBA. Solid form, classic pointer finger, head held high beaming with pride, but most importantly he is doing this MIDDUNK. The level of athleticism needed to pull this off is inhuman. Step aside mere mortals. The man is a tank and wants every accolade out there. There is no stopping him. Get out of his way, LITTLE BOYS.