APTN has reached 100 posts! Come celebrate with me

http://m.youtube.com/#/watch?v=YfZml-0lr6Y <p>  There was only one option to go with the 100th post, so I sat on this video for a couple of weeks.
Real Madrid goalkeeper Iker Casilos picks his nose presumably to relax his mind and calm pregame jitters, and while the pick was impressive in itself, Casilos wanted magic. Sanchez wiped onto Brunell's jacket which in hindsight looks quaint. Casilos went for legend status and wiped it onto the child with which he was walking onto the pitch. Right on the cheek. The child was stunned before being completely disgusted. Welcome to the real world, kid. Your heroes are assholes, embarrassment is televised, and boogers are wiped on your face. This is life.
Sanchez threw the gauntlet down and Casilos nobly picked it up and one upped him. Who will be next to set the internet on fire with a nosepick like Sanchez and Casilos? Will we ever see such a performance again? Here's to finding out in the next 100 posts.

As for the celebration of the monumental landmark, we are having a raffle for a free APTN tshirt. I will have a status on facebook that you can comment on to enter. One lucky fan will get a tshirt, you have until May 1st to enter.

An old white guy in baseball picking his nose

Perhaps the most expected photo on the site. I am neither surprised nor excited by this picture. But here it is for posterity's sake. An old guy doing an old guy thing. Coaching baseball and picking his nose. The technique is impeccable of course. This man is a seasoned vet in a way that you can only get from at least 60 years of picking your nose. Bonus points to anyone who can figure out which game this is from, I got this from "the internet" so good luck. 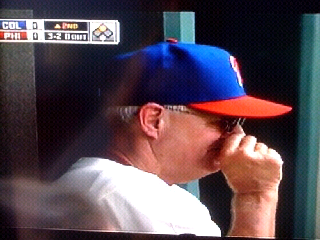 It's playoff season which means the nosepicks mean more

NHL Playoffs. Passion. Intensity. Disappointment. When you drop a 3-0 lead sometimes all the fans can do is pick their noses in shame. Sorry dude. Sports suck sometimes.

Georgia fan living up to expectations

I would expect nothing less from a Bulldog fan. Thank you for not letting me down. Courtesy of thisisphotobomb.com A pure, unadulterated nosepick. Bulldog nation is alive and well and full of nosepickers. 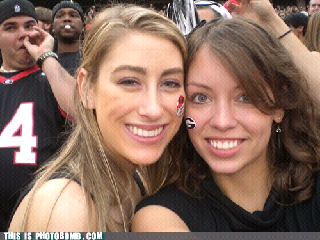 The Nobility of the Modern Backup Quarterback

Here we have Adam Joshua Feeley. When it comes to being a backup quarterback, he is one of the best. When occasionally filling in for real professional starters, he always knew when to play well to drum up a fake quarterback controversy and when to completely suck to remind teams that they should stick with the guy they had before. Some people are born stars. Some people are born to hold clipboards on the sideline and signal to the stars. A.J is the latter. After backing up Joey Harrington in college, Feeley went on to backup for multiple NFL teams before landing in St. Louis as seen in the picture below. I'd also like to remind everyone that although he backed up Harrington, Feeley is still in the NFL. On the other hand Harrington, once he was relieved of starting quarterback duties, could not handle the pressure of being a backup and retired soon after.

In this capture we see Feeley possess the poise that only someone used to standing in the background can have. There is his offensive coordinator yelling in the foreground to a dazed Sam Bradford, but Feeley knows to keep cool. There is no pressure on him to look good for the cameras, or actually win games. He just has to suit up, pretend to like the starting QB, and collect his check. That's why he can get away with a nonchalant nosepick in the background. This nosepick tells me this man is confident and under control. He picks his nose and that's ok because at most he'll be caught as a minor detail in the background. In the NFL, the key to longevity is to be a minor detail in the background, and therefore Feeley is a wise man. A wise man who picks his nose. 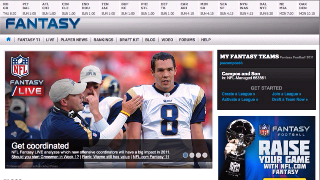 Imitation is the sincerest form of flattery

Wolverhampton played Arsenal yesterday and lost 3-0. Kevin Doyle was caught picking his nose during the match by avid fan of the site Atticus Tamman, who should also probably clean his laptop screen.
I only have one thing to say to Doyle. You are not Robin Van Persie. You will never be Robin Van Persie. Stop trying, it's pitiful. RVP had a goal, you didn't. There is no standing up to his might. Please next time, know your place: Don't pick your nose in front of a legend. 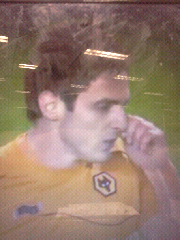 If yesterday was about the timid nosepick with other things on his mind. Today is all about the unabashed nosepick. There is nothing on Lance Berkman's mind besides clearing his nostrils. He had a mission and he was going to do whatever it takes. The facial contortion and the classic pointer finger is a throwback to when "society" and "the media" didn't scorn you when you did things of which they disapproved. Lance said "Forget your rules, I have to pick my nose dammit and that's what I'm going to do". This trait is admirable and I love it. Lance: keep rebelling. When you accept society's rules on nosepicks you lose your freedom and then what did William Wallace and George Washington fight for? 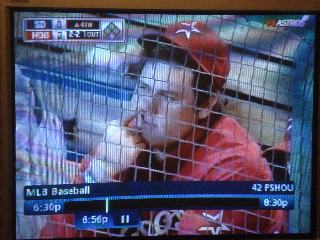 Brett Anderson and the travails of life

The sports world can be cruel sometimes. It provides some of the greatest highs to a select few but often it can provide some serious lows. Brett Anderson is clearly experiencing the latter. Sitting in the dugout moping is a time honored tradition in baseball and Anderson is a professional moper. Leaning forward, chin on his hand with a face of a man forsaken. He couldn't even muster the effort for the full nosepick. He needs to clear his nose out but he has a lot weighing on him. So he lazily uses the pinky finger in a half-hearted attempt at nosepicking. I just want to know what's bothering him. Open up, Brett. I understand man, life can get you down sometimes..

Remember check twitter to see me talking to myself 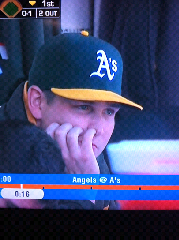 This is a message to all soccer players

I know you like picking your noses. I get it. It has helped my website immensely and I appreciate that. With all the grass and pollen around, allergies are bound to make you need to pick your nose. However may I humbly suggest Allegra, it offers 24 hour relief from indoor and outdoor allergies and may relieve you from having to constantly pick your nose. I tell you this to the detriment of my site, but the betterment of your sinuses. Please go to a pharmacy and help yourselves. I hate to see you suffer so much.
With that said, here's Zlatan, mucking up his jersey on the pitch, courtesy of adoring fan Atticus Tamman. With both nostrils suffering, Zlatan was beyond relief from just picking his nose, he needed his jersey to alleviate his problem. While not as soft and moisturizing as Kleenex, it did in a pinch. Glad a soccer player realized he had tools at his disposable other than his fingers. Now, please, go get a prescription. Or buy an over-the-counter drug. Anything, just help yourselves.
(Allegra, Kleenex call me, we could use a sponsor) 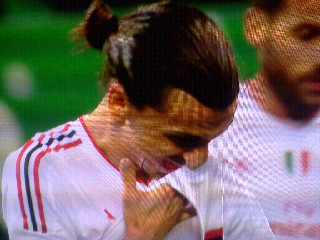 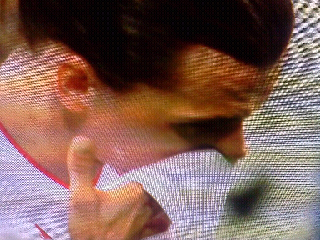