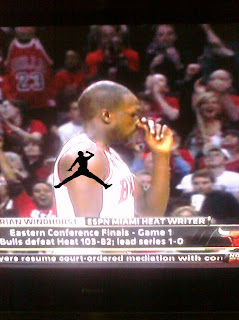 Lionel Hollins with a unicorn of a nosepick 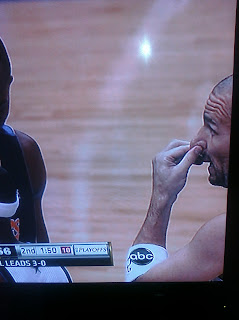 I have work at 8 tomorrow but I am up at 2 a.m. for you people, I know I have neglected you for too long. I am here now because I have some thing special. First I'll start with a solid double clamp by Jason Kidd. This was taken during game 4 and was just barely caught by the cameras. Luckily for Kidd the Lakers decided to not show up for this game leaving plenty of time for nosepicking. I can only assume the Monstars took the Lakers' basketball skills. 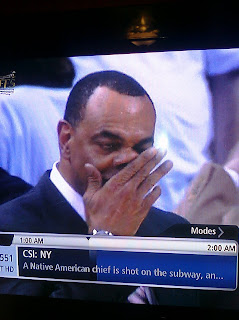 Really though, this nosepick was what I was so eager to show you. Coach Lionel Hollins. While his face looks priceless going with a nosewipe, that's not where the magic lies. We have some exclusive video coming your way. Lionel Hollins busts out the before unseen nosewipe-to-facepalm. I could hardly believe my eyes when I saw it. It was as if God was saying sorry for keeping me up too late, here is a gift. It was a magical sight and we have the video here below.
Posted by Ely at 1:44 AM No comments: