Boy do I have a treat for you guys today. John Moffitt, Offensive Lineman coming out of Wisconsin, was caught at the combine employing three separate techniques in a span of about 30 seconds (and eats them no less). This is stupendous. He is projected to go in the 3rd round, but that is absurd. A man as agile as he is with his hands, and creative as he is in his nosepicking techniques deserves no less than the 1st round. For being 6'4" and 319lbs, he picks his nose like someone 100 lbs less. For that, I tip my hat to you John. Way to show the other prospects at the combine up. Here are his final results from the combine:
40 time: 5.55
Bench Press: 23 reps
Vertical Jump: 30.5"
Broad Jump: 8'6"
20-yd shuttle: 4.53
3-cone drill: 7.79
# of Nosepick Techniques: 3 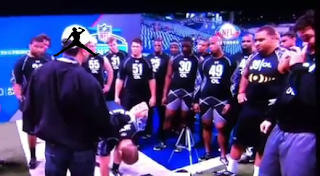 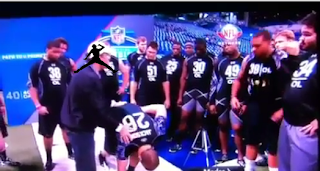 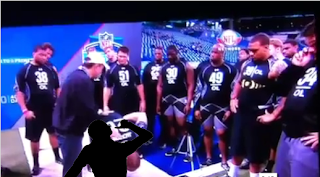 As I suspected he was a chronic picker, I did a little more research on him and I went to the youtube! Lo and behold on the first video I clicked, his hands were around his nose constantly and I captured a double nostril clamp. John did not disappoint. This really was almost too much to take in. To have so much material from one person. This is hall of fame worthy. 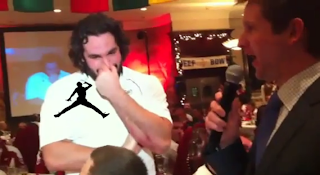