Joakim Noah is all about the intangibles 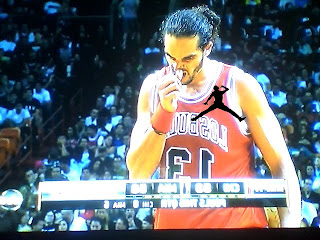 It's Spring Break and here I am slaving in my living room, poring over replays of basketball games when I could be relaxing on the beach. All this to deliver more content to you. With that said, this site doesn't exist without athletes shamelessly picking their noses during sporting events. During one of the many recent Heat collapses against the Bulls, Joakim Noah had an inspired game. He brings more than just points and rebounds, it's really about the intangibles with him. Despite a pedestrian 11 points and 8 rebounds, Noah had 2 solid nosepicks. The second of which was an impressive nose tug that really brought the team up. Judging how the Bulls were able to close it out, Noah's energy and powerful nosepicks provided the spark necessary. He's just a fun player to watch picking his nose. Remember beautiful people, the sacrifices I've been making are for you, all in the name bringing the latest athletes picking their noses. 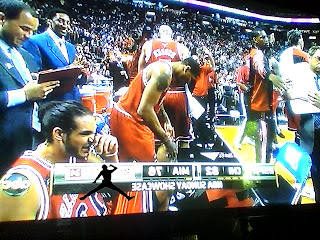 As always, follow at twitter.com/THE_REAL_APTN  for all the latest updates and all the pandering to athletes you like.
Posted by Ely at 6:21 PM