The month of February is a good month for nosepickers and championships.

I apologize for the delay folks, I had some difficulty getting the capture from the Super Bowl and I've been a tad bit busy with school and such. Anyway, to make it up to you, I have nosepicks from 2 different champions. The prestige of the two hopefully will make up for the serious neglect I've shown you beautiful people the past month or so. Without further ado, here you go: 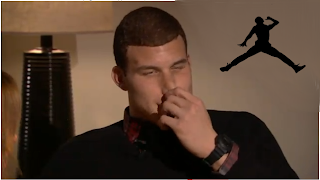 Here is the Slam Dunk Champion talking about dunks with Colleen Dominguez prior to the contest. While at one point Blake Superior had one of the most spectacular misses I've seen in the contest, he was still very deserving of being the winner. This post is in no way influenced by sponsors, so I sit here drinking my delicious Sprite wondering why anyone would say the NBA, Kia, and Sprite conspired to get Blake into the final round and give him a victory. Those types of conspiracy theories are beneath the fine folks at Kia who are working hard to produce the best cars possible. I mean I would be honored to drive a Kia Forte 5 door hatchback with 34 mpg highway, excellent handling, push-button start system and overall sleek design, but to say they influenced the dunk contest results or my journalistic integrity is just too absurd to take seriously. Shoutout to Derik Bell for the heads up on this pick. 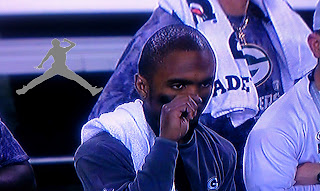 Next we have Charles Woodson, who despite a hurt shoulder still manages to fight through the pain and pick his nose during the most important game in his life.Unlike Jay Cutler who moped around the sidelines, Woodson was in the moment, picking his nose, but not letting his gaze drift from the field. This type of balancing the utility of needing to pick his nose with the team's need to have him there with them is what makes Woodson a champion. Congratulations to Charles Woodson and the Green Bay Packers on their Super Bowl victory, you make nosepickers around the world proud. Thanks go out to Jenifer Tamman and her support of this blog with this picture. Her constant desire to help me improve this site is truly an inspiration, and because I know she loves this blog so much I just want to make her proud.

As always, remember this site is nothing without you fans, so follow us at twitter.com/THE_REAL_APTN and drink Sprite.