Colin Cowherd manages to look more like a rat than usual 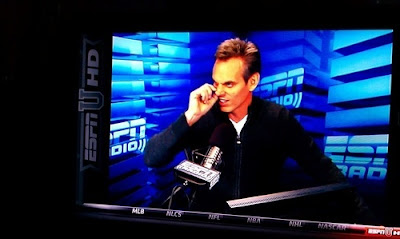 Because I understand the grueling schedule and athleticism needed to do top notch sports reporting, I have to put Colin Cowherd on the blog with this full out nose pick. This man didn't just put the fingers in the nose, he put the focus on the face. This man puts everything he has into each misguided opinion, dumb joke, and, as we see now, nose pick.

You fans know how much I can appreciate a passionate nose pick and Cowherd gives me something to cheer for. This picture falls in line with how LeBron's pick captures his essence; Cowherd's pick perfectly encapsulates his ratty look and attitude. Thank you Cowherd for forgetting that you were being filmed while on the radio. We appreciate that kind of slip-up here at APTN, and remember, Colin, keep those nostrils clear.