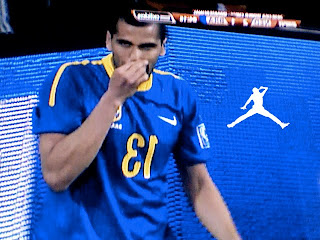 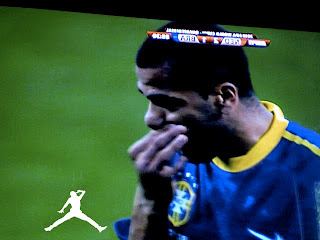 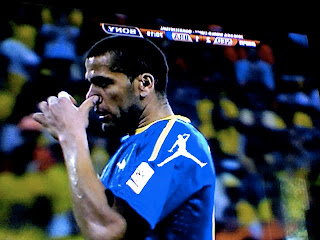 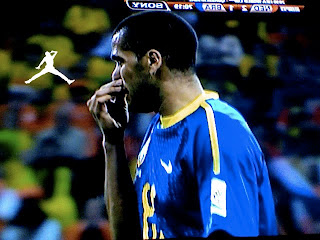 Here at APTN, we respect players who exhibit courage in the face of adversity. When faced with the sheer onslaught of Dutch nose picking, Brazil's Dani Alves refused to take it sitting down. At every moment where he had the stage (corner kicks, free kicks, etc) Alves picked his nose with the best of them, throwing in a bit of a snot rocket for good measure. It's clear he was committed to the philosophy behind soccer and nose-picking, it's just unfortunate to see such an effort come up short due to his teammates apparent apathy for the game and nostril cleanliness. It was an honor to witness this one man performance, and I look forward to his efforts in the future.

And once again, don't forget to follow us at http://twitter.com/THE_REAL_APTN for 140 characters of nose-picking, link-whoring, athlete-pandering bliss
Posted by Ely at 3:10 PM